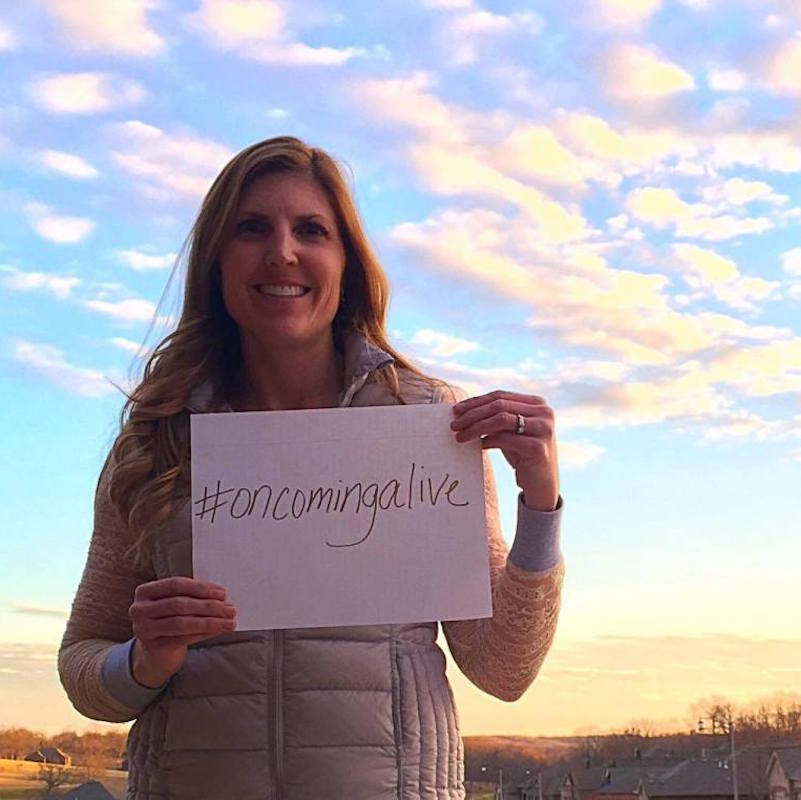 Our third son, Andrew Bryan Rule, was born sleeping at nearly 29 weeks. This wasn’t our first experience with loss. My husband Jason and I had lost two previous babies to miscarriage in 2005, at nine and seven weeks respectively, after giving birth to two healthy boys – John Elliott (September 10, 2000) and Payton Davis (February 29, 2004). Those miscarriages rocked our world, yet nothing could have prepared us for losing Andrew.

Jason and I knew our time with Andrew was limited. At 18 weeks, we received news that he had increased markers for spina bifida. And at 20 weeks, we received even worse news from a specialist…something along the lines of, “Your baby has Limb Body Wall Complex (LBWC). It’s a rare and fatal anomaly. Little is known, but your baby is unviable.”

We were told our son had severe scoliosis. His heart was sitting sideways in the middle of his chest. He was undersized for his age, and his bowels, one kidney and liver were outside his abdominal wall. We were told there was a chance he could have or develop amniotic bands, which could stunt the growth of his extremities and, in severe cases, cause amputation within the womb. Then came the biggest blow of all. “For your safety and the comfort of your baby, I recommend that you immediately terminate this pregnancy.” The doctor explained there was an increased risk of infection, and delivery by c-section posed “unnecessary risks” since our son wouldn’t survive. If he did live through the birthing, he’d experience incredible pain until…

The four-hour drive home felt like an eternity. Jason and I had conversations we never imagined having…conversations that included words such as abortion…funeral…widower. And I can say with absolute certainty that you never know how you’ll handle a situation you’ve never personally faced. I’d have bet money that abortion would never have been an option for Jason and I under any circumstance. And then I heard the words fall from Jason’s lips as tears dropped from his jaw. He was afraid of losing me. He wasn’t ready to risk being a single father of two young children if there was another option. I wasn’t prepared to even consider termination. Period. And I hated him for suggesting it. This was our baby. A baby created from love, and our job was to protect him, to fight like hell for him.

Our miscarriages had been hard on our family, including Elliott, who was old enough to feel the loss even if he didn’t fully understand it. So Jason and I had decided not to share the reason for this trip out of town. Now we were left with major decisions that needed to be made in addition to breaking the terrible news.

I’ll never forget arriving home that day. Jason and I were numb, numb and exhausted from hours of crying and talking and replaying each moment of that day. We had no idea what was going to happen, but we vowed to travel the road together. We walked into the house, plastering fake smiles on our faces so no one would suspect anything, and were immediately greeted by our two smiling boys. Out of nowhere, Elliott began singing the refrain to Rodney Atkins’ “If You’re Going Through Hell”…a song neither Jason nor I had ever played for him and certainly hadn’t taught him. We listened to him sing the lyrics with gusto. “If you’re going through hell, keep on going. Don’t slow down; if you’re scared don’t show it. You might get out before the devil even knows you’re there. When you’re going through hell, keep on movin’. Face that fire; walk right through it.” For a family facing stormy waters, there couldn’t have been a more perfect reminder that God is always at the helm.

The following weeks were torturous, and each decision seemed to spark yet another emotional battle. Slowly, we told close family the news and asked that it not be shared with others. We didn’t want the questions and intrusion into our life. And we certainly didn’t want the awkward silence, whispers and stares that so often come with pity.

I found myself mentally drained, depressed and feeling alone… questioning whether I had the strength to carry on. It was hell to watch my belly grow and feel our baby kick, knowing he would be taken from us. I began to question whether, by carrying him, I was acting in the best interest of our baby and our family, or whether I was acting in response to the guilt placed on people by society’s views on abortion. There seemed to be no right answer.

I spent much of those weeks in prayer and in tears. I prayed for healing. I prayed for strength for our baby to overcome, and strength for Jason and I to endure. I blamed myself, and I blamed him. I prayed for answers and direction and wisdom. I screamed and cursed and begged for a miracle. And at one point, I prayed that God would take our baby home because I hadn’t the strength to go on another day. I’ve spent every day since begging for God’s forgiveness and for peace in my heart from that one moment. I failed our son. I alone. I stopped fighting. I gave up. I lost hope…and still I continued to feel God’s loving presence.

Thank God I had Jason. Thank God we had each other. When I collapsed to my knees on the floor near our bed one evening and told Jason I wasn’t strong enough to do it anymore and it was time to consider termination, he just held me as I sobbed. He was my strength; my rock. He assured me we’d get through it together, with each of us lifting and carrying the other as needed, and termination wasn’t the right option for us.

At 28 weeks, Elliott, Payton and I were in a car accident caused by a 16-year-old who ran a red light and turned into us at a busy intersection. Both vehicles were totaled. The next morning, I began spotting, and only a few days later my water broke. Andrew’s heart was beating strongly as I was induced, but his tiny body couldn’t withstand the trauma of labor, and he was born sleeping at nearly 29 weeks on April 25, 2007. He was 8 inches long and weighed 13 ounces.

It’s been nearly nine years since we lost Andrew, and the weight of it still consumes me at the most unsuspecting times. I still feel that I failed him…that I should have fought harder for him. I still grieve him, and expect that I always will. But I no longer want to lie down and die. I now find strength in that grief. It’s a necessary reminder of the fight I have within and that walking by faith is the only way to find my way through this life; to find happiness through the pain.

Jason and I were blessed with a healthy baby girl on February 11, 2009, to complete our family – Lauren Gracyn. Life was good; really good. And then we were surprised (total understatement) to learn we were pregnant again in 2012. Lakin James was born on July 19, 2013, and we discovered ten days later that he had a rare combination of complex congenital heart defects. He’s been through three open-heart surgeries and has completely turned our lives upside down in the best way imaginable. Through all the fear…all the worry…all the unknowns…we’ve been given a second chance. A second chance to fight like hell…to create happiness…to walk by faith.

Valery Rule and her husband Jason Rule make their home in Nixa, MO, along with their four children – Elliott (15), Payton (11), Lauren (7) and Lakin (2). They moved to the area in August 2015 after living in Hays, KS for over 20 years. Valery works from home for their business, Titan Nutrition and Driven Nutrition, and loves CrossFit, coffee with friends and, above all, making memories with her family.

The Colors of Her

By Mandy Hitchcock About a year after my seventeen-month-old daughter Hudson died from a sudden bacterial infection, I began to...