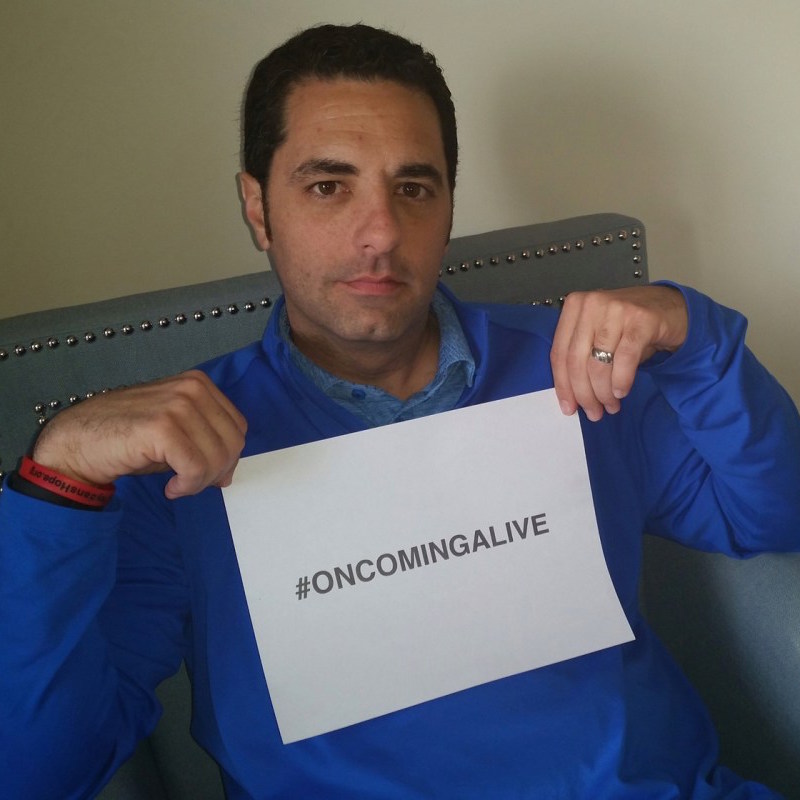 What was I going to do?  I walked into my house and saw two children that needed me. I looked to my side and saw a wife that needed me. Sure, I suppose I had a choice, but realistically, I only had one option.

After fighting a brave fight that lasted more than five weeks, our son Hayden quietly passed away. He never got the heart he needed after a virus attacked the one he was born with. In the span of 39 days, my wife Jenn and I saw our newest addition, the final, perfect piece to our family puzzle, go from being the most beautiful, peaceful, happy baby boy on Earth to being taken from us in a cruel, unjustifiable way we will never comprehend. We would have taken his place if we could have, but life doesn’t work that way.

It was September 20, 2011, when we lost him. Jenn and I had to figure out how to move forward. We did it differently. After all, there is no “right way” to handle something like this. It took us years to figure that out. I was impatient with Jenn when she needed weeks alone in bed, to grieve before taking her first steps forward. She didn’t understand how I could continue living, working, and functioning with any positivity after living the nightmare we had lived.

I look back now and can honestly say that I have no idea how I’ve survived this. There is no magic formula, no handbook. We all know that. There aren’t things that I can write on a list and say, “Yes, I did these things well” or “No, these weren’t the ways I should have handled this.” I can really only say that my journey forward started when I walked into my house after leaving the hospital for the last time. I saw my son Nick and my daughter Nahla. And I saw Jenn, my partner for the last decade, by my side, in need of strength.

I’m a very lucky man. I’ve always known this. I have an incredible marriage and fantastic children. From the time I walked inside my house that September afternoon, I realized that what I had 40 days prior, I still had, in addition to this incredible heartache. Jenn, Nick and Nahla were so important to me and needed me so much. How could I let them down?  So I had to figure this out. And no, it’s never been easy.

I did my best to let Jenn grieve while grieving myself. And while I probably never went through the grieving and coping process the right way, I did it my way. I helped my wife and continued to raise my children while thinking of Hayden all the while. I imagined him, looking down at his family, watching everything we did. Would he want us to stop functioning in any productive way? Would he want his brother and sister suffering because their parents stopped being parents? No. I had to honor him. I had to continue being “Dad.” He’s always been in my thoughts. He’ll always be my little “Hay Day,” as I called him, but I’ve survived because, as I said previously, I’m a very lucky man. I have so much to live for. From the day we suffered our biggest loss, I only had one option.

Dari Nowkhah is a proud husband to his wife Jenn, and father of four children. In addition to his job as a sportscaster with ESPN, he oversees, along with his wife, Hayden’s Hope. Hayden’s Hope, in conjunction with the Children’s Organ Transplant Association (COTA), raises awareness of the need for pediatric organ donation and raises funds for families of children awaiting life-saving organ transplants. To date, Hayden’s Hope has raised over $170,000 for such families. Hayden’s Hope was created in 2011 after the Nowkhahs lost their newborn son, Hayden.

Previous ArticleAdjusting My Lens: Shifting Out of Survival and Back Into Life
Next ArticleAll You Need to do is This

Painting Beauty From the Ashes

You Were My Tomorrow

To Thrive, Not Just Survive

By Lori Mullins Ennis “It is therefore not true that we become less through loss—unless we allow the loss to make us less,...