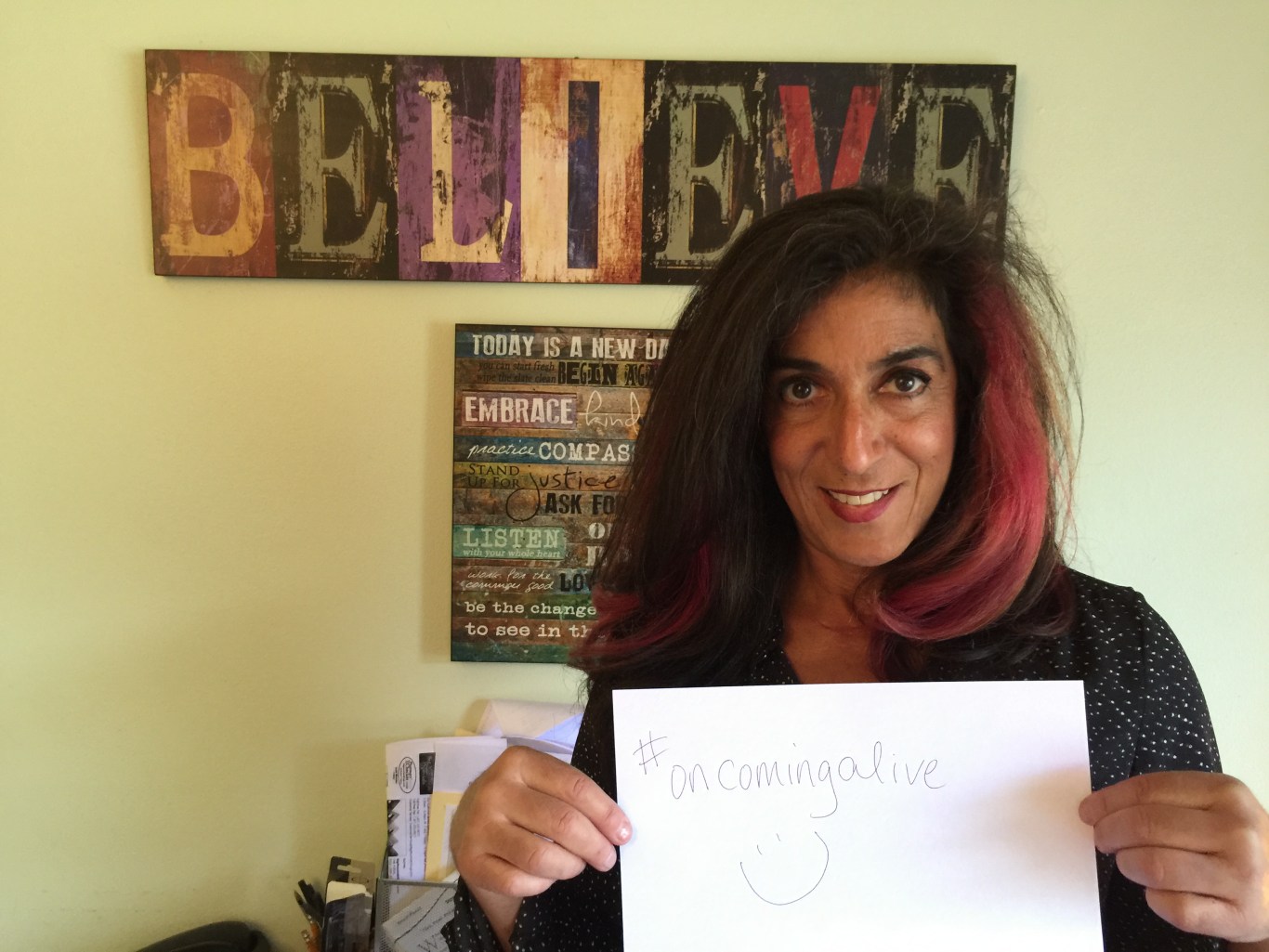 The Revenge of a Good Life

Looking back on where I am today, I realize that every step in my life somehow prepared me for my worst nightmare. Having been the only daughter of a priest, I grew up sandwiched with my twin and older brothers. I had to learn to be tough. My mom was always a go-getter, and both my parents were pretty unstoppable. I think having the foundation and influence of great faith served me well in the midst of multiple tragedies.

I was in an abusive marriage for almost 13 years. I suffered 2 miscarriages, and I decided I wanted something different in my life. I had been told that I was good at massaging, and my grandfather convinced me to go to school and get my education. On his deathbed, I announced that I had enrolled in school. During that time, I was diagnosed with multiple autoimmune diseases and was told to quit, but I persevered and finished. Shortly after I graduated I could not take marriage anymore and vowed the next time he threatened divorce, I was leaving. And I did. I asked my dad for help and he said he would only help if I sat with him, the bishop and my husband, so I told him I didn’t need his help.

It took me a while to get on my feet, but I finally got my own place with my two children, Ryan, who was 11 at the time, and Janna, who was 9. I received no support from my family and a lot of anger from my husband’s family.

But life was settling. For the first time in a long time, there was no yelling, no negativity, and I could live my life the way I wanted to. Ryan was a lot of work dealing with his anger and oppositional defiance disorder; somehow everything was my fault and I was the crazy one and nothing was wrong with him except me. Janna had ADHD, and Ryan had a hard time with his sister, so I let him go stay with my parents to defuse some of the stress of our separation. Janna was happy to be with me alone and we had a very good relationship.

One day, Janna and I were on our way to visit a friend telling jokes and laughing when my car lost control and hydroplaned and ended up on the other side of the road. Janna was airlifted, and I was taken to a local hospital. Our family came together, but unfortunately Janna died a week later due to head injuries. I wanted to die because I felt she was the only one who ever loved me unconditionally.

Everyone was already mad because I left my family, and now they were really going to hate me. My son insisted I ruined his life, and shortly after Janna’s death I was alienated. I was drinking before, and I started drinking even heavier to kill myself. I couldn’t imagine living my life with all the hatred and vowed to punish myself for killing my daughter.

A few months passed and a friend of mine suggested  I attend Alcoholics Anonymous. That first meeting was the introduction to the rest of my life. I went through every major life crisis at the same time and never thought that I could get through, but I was reintroduced to my faith through recovery.

My mom said “the best revenge is the revenge of a good life,” and that stuck with me. Why kill myself when I can stay alive and piss everyone off because they will all have to deal with me?

I have been told I’m strong, but I just tell others that I am rebellious. I have gratitude for everything and put my trust in God. It has also been said in the book of Job, that whatever you lose you will be replaced with tenfold.

I have gone through my son’s crystal meth addiction, mental illness, the death of his father to alcoholism, multiple surgeries, and hospitalizations and always knew I would be taken care of. My relationship with my son has mended and today, he is working for Apple and living very close to me. I am on my third and healthiest relationship with a man I truly love and who treats me well.

I live every aspect of my life in memory of my daughter so that her death will not be in vain, and I just celebrated 18 years of sobriety. My family is back in my life and has also moved close to me as well. What I lost in my daughter, I have gained tenfold. Having the love of my step daughter and being Mimi to her daughter makes me very proud.

There is life after death, and I believe my husband is my reward for all that I have been through.

I love helping people and never want them to feel alone and like nobody cares. I have felt that way and know the pain. But I also know that every step in my life brought me to where I am today and the gifts of forgiveness, compassion, and unconditional love have helped to heal all the wounds of the past, creating a better future.

Taking that first step toward healing all started with me.

Tamara Gabriel is a Licensed Massage Therapist, Spiritual Mentor and creator of Healing Hugs, a non-profit organization that helps support individuals that are grieving with funeral and various expenses after the loss of a loved one. Find her on Facebook, Twitter, and CafePress. 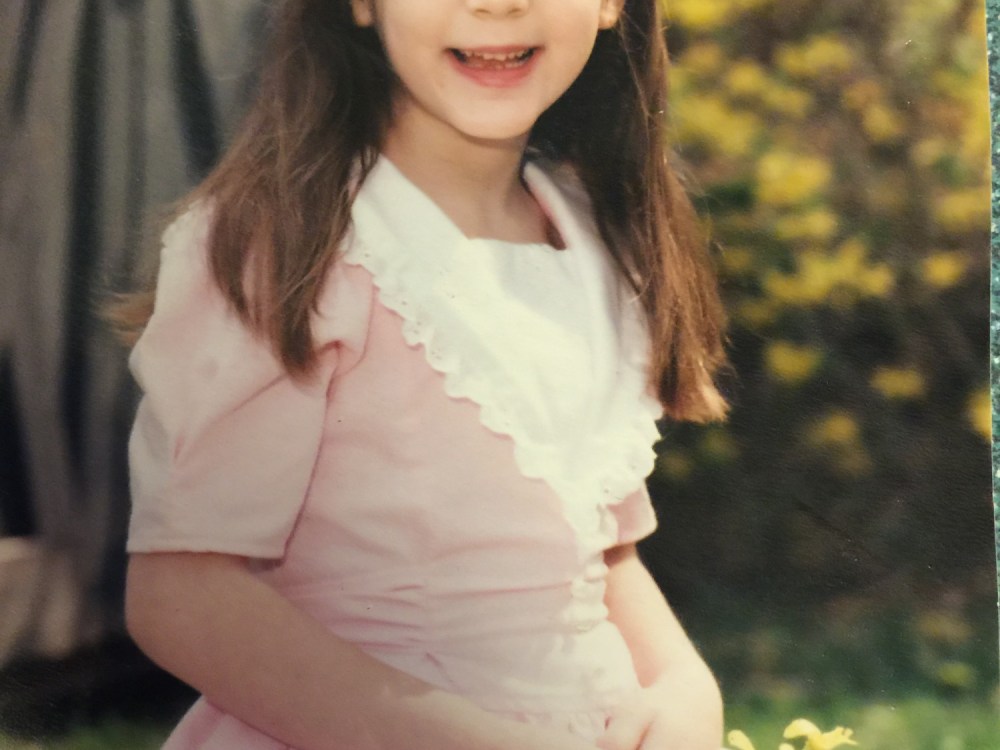 I Will Always Choose You

The Gift of Hope

By Chris Jones I remember sitting at the cemetery with my family as we remembered my son Mitch one summer evening. The air was warm...