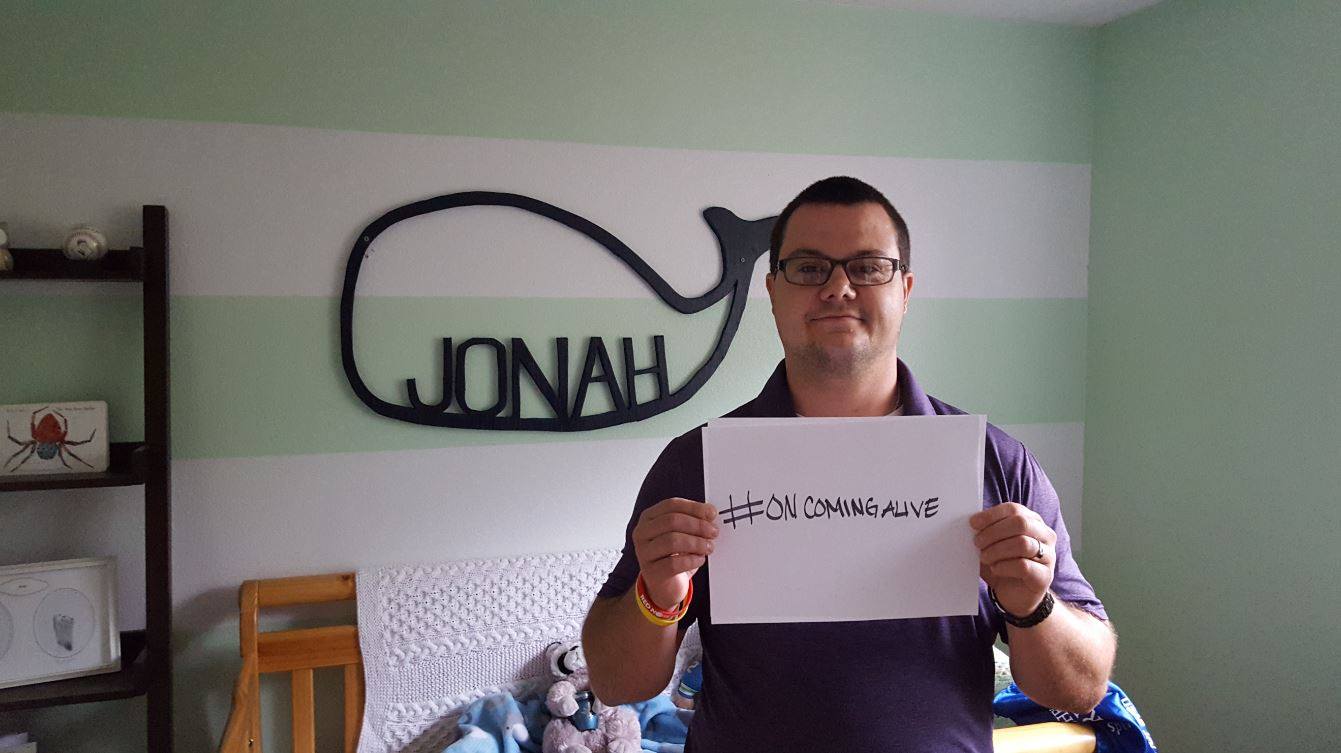 Death of a Child

Love Falling From the Sky

It’s almost six months after saying goodbye to my son, and there are still days that feel like the sky is falling. The weight of the world on my shoulders, fighting to take one more step. We fought with doctors for care with the same fire that we prayed to bring him home. Every time we were confronted with a chance to make a decision as a family, we took it for all it was worth; his five-page birth plan was evidence enough. One more test verifying preeclampsia stole our time with him– dropping from three weeks to three days — until he decided it was time to make his presence felt before then. On March 16, 2016, my son was born into this world after already being called Home.

Not a day goes by that I don’t fight to find a place where I feel him. The wind blowing through the trees feels like he just ran right by me. Sunlight shining through the clouds, almost like he’s laughing. That search never ends, no matter how many days pass or how many messages I send him. Baseball practice in the evenings, families going to learn about animals at the zoo, children on the shoulders of their dad watching a parade– things I’ll never get to experience with my son. There are a million things that only a mother can feel with her children, but every father has a dream too. To wake up that next morning in the hospital room knowing that we would never see him in person again took the wind right out of me. Our nursery would be unused, for the second time in two years.

I’ve taken my grief and worked to turn it into something that serves my sons in a way that goes beyond a ceremony or a candle. After losing our first child at sixteen weeks, we learned to be present every single day with Jonah, taking in every kick and push and recording his heart beating every opportunity we were given. We knew that being diagnosed with Trisomy 13 gave him the smallest of margins to make it home, and having that kind of knowledge halfway could have broken us. Some would say it should have. But while my wife was in labor pushing, the most miraculous thing happened. Having already found his heart wasn’t beating, our nurse and doctor were so incredibly encouraging to my wife. They treated us all with the most compassionate and love. Our doula was right there with us, helping hold the leverage point so that Cassy could do her most precious job, and here I was watching all of this unfold. It was surreal to see such a feat of life and love in the shadow of a sweet life gone too soon. Despite my heart breaking a little more each moment, my wife and son gave me a gift in that moment of perspective and grace; of understanding the world just a little differently.

Oregon has a reputation for being wet, raining most of the year. Something we know that others don’t, though, is the sweet smell of that first Oregon rain at the end of the summer. Muggy, dense air all around. Not cool enough to need any kind of coat, but you can’t help but stand and marvel at how much this feels like home. When the sky is dark and the clouds are full, I feel something new where these last several months would have swallowed me whole. I can feel Jonah’s love falling from the sky, showering over me. His sweet little face, looking down watching me. His tiny feet pounding the floor as the drops hit the ground. My son has given me the gift of life after having to accept his death, and I live every day trying to embody the lessons I would have taught him. And because my son lived, he has given me the gift of coming alive again.

“The abyss surrounded me. The weeds of the sea entangled me. I was finished. And yet I remembered your grace and you saved me.” Jonah 2:5-6

Benjamin (BJ) McCartney is a proud father to Luke and Jonah in heaven and loving husband to Cassy. He is the author behind Diary of an Almost Father, an outreach blog for others looking for a thread of commonality and honesty in their grief. With a heart for helping families and other almost-fathers, sharing the lessons he would have taught his children has become a powerful place to speak from. You can also find him on Facebook here and here.

My Son, My Teacher

By Catina Byrum Faith. Hope. Love. These may be common words that most of us see everyday, and we know what they mean, but as my...