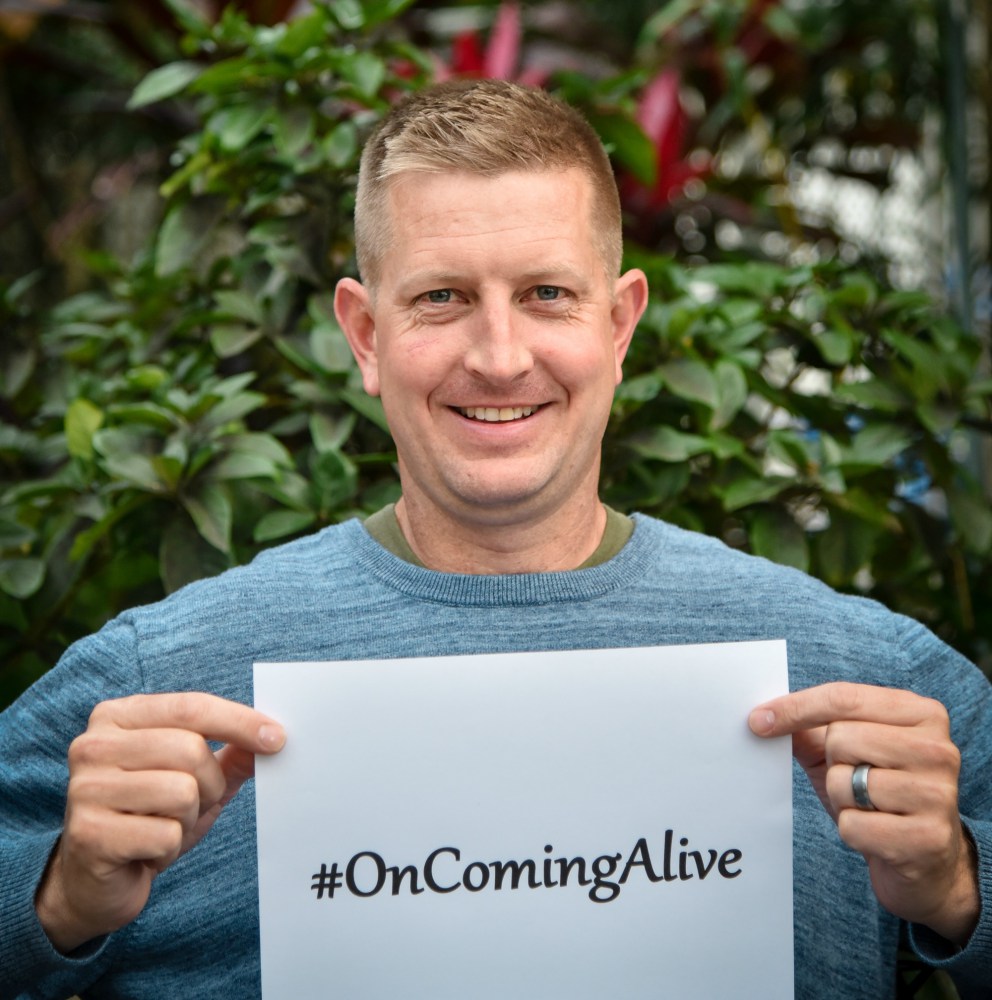 Hopeless, broken, defeated…these are the words that I would use to describe myself as I stood in the shower, sobbing with immeasurable sorrow. Three days earlier, I had lost the son that I had waited for over nine months to meet.

It’s a different experience for a man than for a woman. From the moment of conception, I knew that Lori had an intimate relationship with Matthew. I did not know that relationship, but I did hold the belief that once I held my son for the first time, our true bonding would begin.

Only, I didn’t really have that chance.

Matthew was brought into this world for only a moment of my life. A rare complication meant that his tiny body was deprived of the oxygen-carrying blood that he desperately needed.  The first five hours were like an emotional roller coaster of the most devastating kind.

He was revived several times over the course of the evening. A MedStar helicopter came down to our very small hospital and brought him up to Georgetown Medical in Washington, D.C. It’s times like that when you realize what friendship really means. I have a few close friends, but that night, Jeff dropped all that he had and drove the two hours to bring me to the hospital.

There are very few things that I remember about that trip, but I do remember praying during that trip, and I also remember asking Jeff if he thought that I was a good person. I could fathom no other reason that torture had been given to me.

“Of course you are and God loves you,” was the response that Jeff gave. I’ve never forgotten those words.

When I arrived at the hospital that night, I discovered that there was not really anything that could be done for Matthew and that he had crashed several times during the trip to the hospital.

That desire to continue living started as a small voice inside. I can remember exactly where I was when I heard it. I was driving home to Lori, and the sky was a beautiful cotton candy pink as the sun was setting. God literally spoke into my heart. To me.

It was a simple message; a reminder that so many people were praying for us and that He would not let us down. I felt with every fiber in my being that I would get through this and keep living. Matthew would never be replaced in my life or my heart, but I knew we would receive a blessing soon. I was sure of this.

I don’t think that Lori ever really knew how sure I felt that she would once again become pregnant, especially after all the years of infertility we suffered.  Deep in my heart, though, I knew it would happen.

It was this hope that allowed me to step forward with my life.

It was slow at first.  I remember going back to work, where as a Marine, I would have previously been ashamed had someone discovered me in tears in my cubicle.

But my hope grew as the doctors continued to deliver good news to us, and Lori continued to heal. Soon, miraculously, she was pregnant again. Though we kept hearing good reports, I held up my guard. I was different than I had been when we were expecting Matthew. Innocence was gone, but one thing I did know was that God had promised this child to us, and I knew He would not let us down.

I look back now and wish that I had even more trust in this promise from God, but He knew just what I needed to rise from that pit. He understood my pain, and although I don’t think I will ever be whole again on this earth, He brought immeasurable joy into my life again. While a piece of my heart will always be missing, He gave me the desire to breathe again, hope again, find joy again, and live again.

For me, coming alive again began that day He spoke to my heart.

John Ennis is the husband of Lori Ennis and father of Matthew, Luke and Trey Ennis. John, a Lt. Colonel in the United States Marine Corps, looks forward to the day he will again hold Matthew, who died in his arms, as well as meet Trey, who died before he was born. He and Lori have been married for 19 years and are grateful for the privilege of raising their 5-year-old son, Luke.

Previous ArticleChoosing Life After Death
Next ArticleI Will Always Choose You

My Anchor for Hope

By Sarah Damaska There’s a birthday coming up in just a few days and as I look out the window, daydreaming about her...