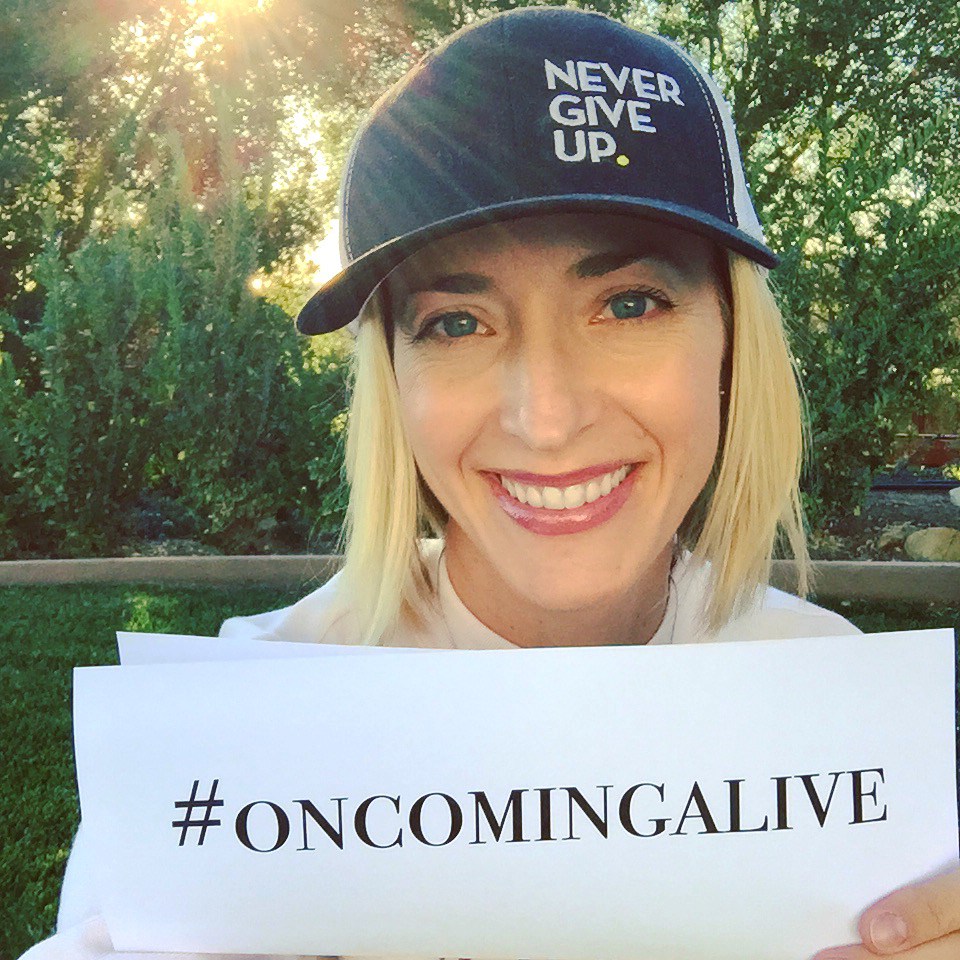 At Least, Finding Beauty in the Shards

My mother was 34 when she was diagnosed with stage III breast cancer. It was aggressive and doubled in size in the few weeks between diagnosis and surgery. She had a radical mastectomy, radiation, and chemotherapy. It was 1977. I was 6-months-old.

My mom was a breast cancer survivor. A survivor. But it shaped the course of her life. Chemo caused early menopause, which meant at just 34 she could no longer have children. Because her lymph nodes were also removed, a minor cat scratch on her hand or a cut while cooking landed her in the ER. Even with good insurance, it took years for my parents to pay off hospital bills and debts. But she was a survivor.

Some of my earliest memories are crawling up into the big reclining chemo chair, the nurse giving me a lollipop and switching the overhead TV from “All My Children” to “Sesame Street” while Mom went back for her check-ups. I would later learn she wasn’t just checking her own health, she was allowing the medical students at Baylor University to learn from her surgery, the mistakes made, her successful survival. When we moved to California she did the same thing with UCLA Medical School, right up to her 20-year survival anniversary. None of this ever felt scary to me as a child, she always talked about it as a matter of routine. It wasn’t until I was a teenager that she spoke more openly about what it was like to be a mother of two small children facing the end of her life.

At 54, Mom was diagnosed with brain cancer. She had surgery and radiation and remained optimistic, as she always was. But this time, she would not survive. I was 21-years-old. And I was angry. Mom was my go-to person. She was full of gentleness as she guided me, never judging or squashing who I innately was. I was young and in denial about her illness, unequipped to truly deal with grief of this magnitude. Now, I so wish I had allowed her the opportunity to impart her tenderness and her grief experience. Instead, I pushed it all down and kept pushing after she was gone, which left me with pain on top of pain, emptiness, and darkness. It was what I thought grief was. It was what I thought grief always had to be.

Feeling the dysfunction within me and wanting an escape from the dark, I sought out help from a psychologist. I was wallowing in self-pity and most of my ranting to him had to do with all that was taken from me. “She didn’t get to see me graduate college. She’ll never get to see me get married. She’ll never get to be a grandmother to my children. I never got to fully develop an adult relationship with her.” I only met with him once, so disgruntled by his words that I never went back. What he said after hearing me talk about the injustice of her death was quite simple.

“Perhaps, you were given a gift?” I stared back at him blankly totally confused. Had he not heard all that I told him? “Perhaps, if you change your focus from thinking about her dying at only 54, you can think of how fortunate you are that at least she did not die at 34. Those 20 years with her were a gift.”

I grumbled under my breath about the stupidity of this thought process as I left. But later, I started to imagine what my life would have been like if I’d never known my mother, never had her influence in my childhood. I thought about how different my world would be if she had died when I was 6-months-old. I would be a vastly different person and would have missed her gentle lessons on humility and selflessness. I would have never known her wisdom or been exposed to her quiet strength and steady determination. I even thought about how much I learned about a healthy body image from just witnessing her lack of self-consciousness around her mastectomy. I am who I am because of my mother. Period. And soon, I found my perspective was shifting. Ever so slightly at first, but that subtle pivot exposes a whole new view like the rotation of a kaleidoscope whose bits of broken glass shift into the light a beauty that once seemed impossible.

At 30, I welcomed my firstborn child, a baby girl, and it did not escape me that I was given another opportunity to get to experience that mother-daughter bond once again. When I first held my daughter, I felt my mother’s quiet strength. I knew I could make her proud by honoring her in parenting my sweet Gwendolyn.

Just a few months later, Gwendolyn was hospitalized and the course of my life would once again be altered by a prognosis. My beautiful baby girl was diagnosed with spinal muscular atrophy (SMA),given less than two years to live, and in that time her body would degenerate and all voluntary muscle control would cease. It was dire. No treatment. No cure. “Take her home and love her.”

When my husband and I were told our giggling 5-month-old with perfect pudgy thigh rolls was going to die, I knew right then that I had to handle this experience differently. I was the mother now, and I needed to gently guide my sweet child through the struggles we would all face together. Don’t get me wrong, I was devastated and broken and grieved intensely. I am still all of those things. But, a consciousness began, an understanding that even though I was now facing the absolute worst-case scenario, I could choose to still see the good.

Choosing my perspective started right away. Gwendolyn was light and joy and, though I was shattered, it was impossible to look at her with darkness. As doctors pointed out her diminished chest wall and how her body and abilities would continue to degenerate, my husband and I never let that become her. She was so much more than the long list of all she could not do. Instead we noticed and celebrated the small miracles of daily life.

An odd thing takes place when the worst actually happens. At least, it did for me. To experience deep devastation and suffering allowed me to see with more empathy and I realized very quickly that it could always be worse. Gratitude was a natural response because I was now plunged into a world of peers who were dealt the exact same sucky cards, but they had greater struggles. Families who lost their precious child within just weeks of the diagnosis. Parents with two or three children with the disease who faced losing them all. Families who could barely keep the lights on or the heat, even though they were working overtime and then some. Single parents making impossible decisions all on their own. They were all families who loved their children just as deeply as I loved my Gwendolyn.

Being conscious of my blessings snapped me out of the woe-is-me mindset that I fell into when my mother died. Instead, this time around I was able to spot the light reflections. I don’t mean some sort of Pollyanna existence or rosy-cheeked form of denial. I mean I allowed myself, even pushed myself, to face the darkest of places, confront the depths of sorrow, and know that there is still good within all of the pain. Within the ashes, and while you can still feel yourself burning, is a profound sense of gratefulness, right there in the cinders.

I started saying “at least” to myself often.

When we were told our baby needed a breathing machine, a suction machine, a cough machine, and a feeding tube to survive,
At least there were machines to help her.

When we learned she would never speak,
At least she could communicate with her smile and her expressions.

When her disease took her smile and made it harder for her facial muscles to move,
At least she could use her eyes and once she learned to read, with help, she could write more complex thoughts.

When we felt overwhelmed by all SMA took and took and took,
At least it would not take her mind and at least she was not in pain.

When her body began to contract and she experienced discomfort,
At least she was still happy with her life.

When the losses are so great, the gratitudes can be quite simple. And sometimes when the walls are closing in recognizing a thankfulness for the fundamentals is enough to carry us through.

At least we can take her on a walk.

At least people were kind today.

At least we have loving nurses to help us.

At least we have insurance.

At least we have services to help when that fails.

At least we have a home and food on our table.

At least she knows with certainty that she is loved.

At least we have each other.

Reminding ourselves of the good in our life changes the entire context of the experience. Self-pity only leads to feeling the victim and all the more out of control. “This bad thing happened to me.” But with a shift in perspective my family was never a victim to anything. “This bad thing simply happened.” This subtle tilting of perspective meant SMA did not get to take control of our entire life.

It is that same shift that alters how one looks at grief. Instead of seeing grief as something scary to overcome, to get through, to conquer, I look at grief as part of my life from which I will continue to learn and grow more deeply. Forever. Let me be clear, I will never be glad my child had an incurable, debilitating, terrible disease. But I could not change it. I could not take it away from her. And so I learned to look beyond it and see the beauty in the shards of glass.

Gwendolyn died this summer, early in the morning on July 25th. My beautiful sunshine girl. My silly monkey. My courageous butterfly. My tether to life as I know it. I am devastated and still wading through my sorrow. I expect I will always feel emptiness where she once captivated my whole world. And that is okay.

At least I had 7 years and 9 months and experienced unbridled joy with her.

At least I had the privilege of feeling the magnitude of her light.

At least I know what it is to have full clarity on what truly matters in this world and actually held it in my arms.

At least I have felt the depth of love and will carry her love for eternity.

Victoria Strong is a writer, advocate, and mother. She lives in Santa Barbara, California with her husband, Bill, and together they founded the Gwendolyn Strong Foundation, a nonprofit dedicated to spinal muscular atrophy (SMA). You can follow their journey on theGSF.org, Facebook, Twitter, and Instagram. 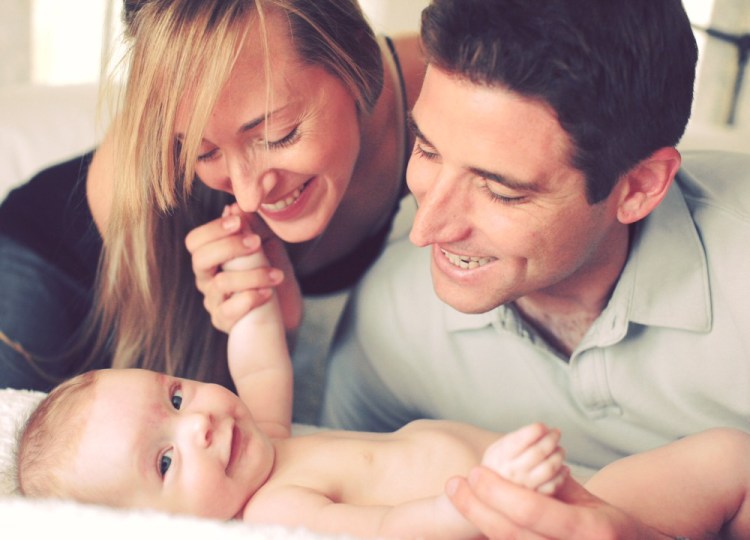 Previous ArticleThe Colors of Her
Next ArticleI Chose to Live

Coming out of the Fire

By Kate* I was eight years old when the abuse began. My abuser was married to my oldest sister, who was many years older than I. I...